How do I adjust the heat?

The house is heated via two different mechanisms: natural gas, and electrical baseboard heaters. We tend to use the natural…

The house is heated via two different mechanisms: natural gas, and electrical baseboard heaters. We tend to use the natural gas heaters as they give a more consistent, quck and thorough heating throughout the house. The electric baseboard heaters do their own thing in some parts of the house however.

There are two natural gas heaters: one on level two (the Home Theater room / basement) and one on level four (Living room). The heaters are set to keep the house at fifty degrees F when unoccupied; they are easily adjusted by opening up the lid on the right top of the unit, and pressing the up arrow until the desired temperature is demonstrated. Then, just let it go and do it's work. They'll heat the house up within an hour or so. The heat should be set somewhat around 74 degrees by the time you arrive. The heater in the living room does a great job of heating levels four and five; the heater in the Home Theater room generally heats the whole house, and will also heat the bedrooms on level three if you keep the bedroom doors open during the day. (At night, close the doors and let the electric baseboard heaters take over). 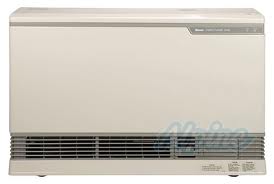 The control key pad, which is on top of the unit under the lid on the right, looks similar to this: 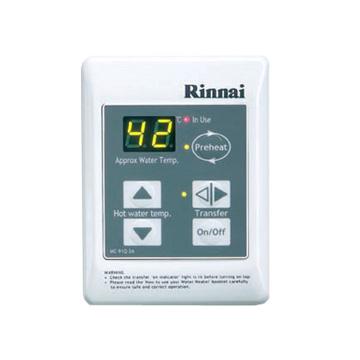 Basically, down and up arrows to control your temperature input. Once inputted, the display will eventually time out, and show the current temperature in the room. The "Econ" button only is used to drop the temperature by four degrees from its set point; it doesn't make any sense to use it. Just set the temperature to where you want it.

So, there you have it. The controls of the natural gas heaters. The electric heaters deserve their own FAQ.

You know, it sounds complicated, but our dual system keeps the place pretty warm.

Please keep the gas heaters on at all times, even after you leave. With night time temperature reaching minus 20 degrees Fahrenheit, freeze damage to the house is a real possibility.

How do I use the fireplace in the living room?

The fireplace in the main living room is a large wood burning fireplace; there is no natural gas feed to…

The fireplace in the main living room is a large wood burning fireplace; there is no natural gas feed to this unit. Fires need to be started the old fashioned way, with paper, kindling and matches. We provide the matches and lighters (unless someone has stolen them); you have to provide the firewood. Unfortunately, it is difficult for our staff to keep the firewood stocked in the house, so to keep costs down, and maintain the health of our staff, we don't have them carry firewood into the house.

It can be purchased at the country store in the valley, or the other one at the entrance of the valley when you first drove in.

How do I use the natural gas artificial fireplaces in the office and bedrooms?

Well, the simple answer is, you don't. They're just decorative. Really. They don't work. We had them installed with electric…

Well, the simple answer is, you don't. They're just decorative. Really. They don't work.

We had them installed with electric ignitors a while back, but we rapidly discovered that due to the altitude and low oxygen content at the house (about 30% of the oxygen you would find at sea level), the pilot lights did not survive too long. Especially when high winds came off the mountains and swooped down the chimneys.

It was safer to just turn them off. Sorry about that.